What does Hen Ikeir mean on The Witcher and why does Ciri possess it? 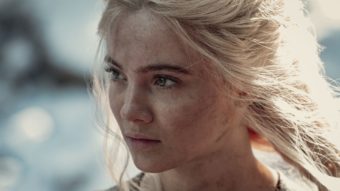 The Witcher’s second season ended with an intriguing revelation about Ciri and Hen Ikeir’s connection. Let’s have a look at what it means and why she has it. The Witcher loves to leave us on the edge of our seats, and its season 2 finale did just that. Some people were so eager to find out what happened to Ciri that they turned off the TV as soon as they were left on a cliff-hanger.

For those who turned off before the ending credits, you may have missed out on the Blood Origin trailer, which offers a sneak peek at all of the plot threads that were left hanging.

What does Hen Ikeir mean on The Witcher?

Elder Blood is another name for the mythical gene that confers supernatural abilities upon its holders. In season 2, Istredd, aka Royce Pierreson, is discovered peeping on the elves at the conclusion of the episode but informing them about Ciri. Istredd informs them that “Ciri is Hen Ikeir,” which means she has Elder Blood. Then it’s clear to Francesca why Ciri saved them because she was the one Ithlinne had predicted would come.

The story’s conclusion certainly places the focus on Ciri, who has been largely absent for much of the series. In fact, her abilities may fall into the wrong hands and things might go horribly wrong in the finale’s climax, which is entirely true. This results in a thrilling battle sequence that The Witcher fans were demanding for a follow-up as soon as possible. During combat training, when Ciri’s blood drips, Vesemir discovers a flower named Feainnewedd, which is exceedingly unusual and springs from the ground where her blood fell. Triss explains that Ciri has Elder Blood because of this.

Elder Blood was lost for many years, as the ancient elves invented a mutated gene in order to produce a Child of Elder Blood. Lara Derren is the final individual to inherit Elder Blood, and she’s an elf woman. Ciri and Triss encountered her in The Witcher S2E5, and it turns out that Ciri has Elder Blood as well.

Why does Ciri possess Elder Blood?

During Ciri’s training at Kaer Morhen in The Witcher season 2, it is revealed she has Elder Blood. Ciri is so strong because she has Elder Blood, which comes from her ancestor Lara Dorren, an elven sorceress. Ciri’s Elder Blood is also known as “Hen Ichaer” or “Lara Gene,” a rare gene passed down from Dorren herself.

Because the gene isn’t just present in elves, Ciri has Elder Blood. It bestows its descendants with magical abilities that can only be found in women.

How many episodes are in The Witcher season 2?