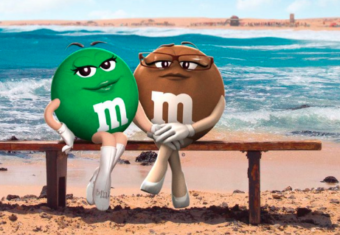 A multi-colored M&M’s dessert was recently announced, with the aim of making its characters more inclusive. But is the green character transgender now? The iconic chocolate figurines were introduced in 1954 and have evolved to become a major element of the brand.

The green M&M, known as Ms Green, has become quite popular among fans. Many fans believe that the candy icon identifies as transgender because of their changing appearance. While there hasn’t been an official declaration regarding Ms Green’s identity, we look at the character’s design history.

M&M’s chocolates, as a candy classic brand since 1941, are well known for their six multicolored figures: Green, Brown, Blue, Red, Orange, and Yellow. These were introduced in 1954.

M&M announced a renaming of its characters on January 20, 2022, to make them more inclusive and encourage consumers to use the power of fun to build a world where everyone belongs.

The Queen of Pop previously donned sassy high-heeled boots and a scandalous pose, but the icon now wears flat trainers and a more casual demeanor. While some fans were enraged at the character’s new shoe choice, Green’s style hasn’t been the only thing to get attention.

Prior to the current rebrand, Green M&M fans have wondered if the candy would self-identify as transgender. This means that their personal identity and gender do not match their biological sex.

Some people believe that Green used to identify as male and later took on a more ladylike appearance, according to the design history of the animated icon. However, this has yet to be officially confirmed by Mars Candy.

The Green chocolate figure hasn’t stopped the speculation! Some consumers believe that the Brown icon is a transgender woman. In 2015, M&M’s took to Twitter to share an insight into Ms Brown and Ms Green’s relationship.

The icons are shown holding hands in the animated illustration, while the text claims that they seldom have time alone together.

Despite the fact that M&M’s has yet to confirm their relationship status, it appears that Green and Brown have always been close. The chocolate figures are frequently seen together throughout the brand’s design history.