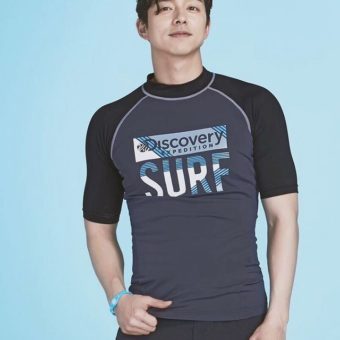 Gong Yoo is a Korean actor who is well known for his roles in such South Korean films as The Suspect (as a North Korean spy) and Silenced (as an art teacher), he also appeared in several television shows, earning a 2006 MBC Drama Award for his role in the romantic series One Fine Day.

Who Is Gong Yoo?

Gong Yoo was initially cast in a leading part in the South Korean television series Hello My Teacher after earning his bachelor’s degree in theatre from Kyung Hee University.

He served as the South Korean spokesman for the United Nations Children’s Fund.

In 2005, he landed his first lead role in SBS’s Hello My Teacher opposite Gong Hyo-jin.

His real name is Gong Ji-cheol.

In 2007, he costarred with Yoon Eun-hye in the television series The 1st Shop of Coffee Prince.

Gong plays a former intelligence agent who is caught up in the chase of catching the first human clone to uncover the secret to eternal life.

That year, he appeared as a recruiter salesman in Squid Game.