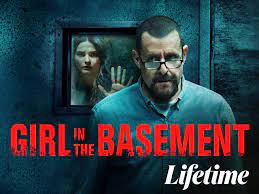 As of late, Lifetime has been putting a lot of focus on its Ripped From the Headlines series, and that momentum isn’t stopping anytime soon. Their latest movie, Girl in the Basement, is a hair-raising tale of a diabolical father who imprisons his daughter in their basement for a quarter-century.

Although the events that happen within Lifetime’s films are often somewhat dramatized, at its core, is Girl in the Basement a real story? And if so, what exactly is that story? Here’s a breakdown of all the known details.

The real story behind ‘Girl in the Basement’

Lifetime’s Girls in the Basement focuses on Sara’s tragic story. Don Nelson (Judd Nelson) takes Sara hostage in their basement. Irene Fisher (Joely) lies to him and claims Sara ran away. He holds Sara captive in their basement for two decades, torturing her and sexually assaulting.

Don is not happy when Sara gives birth to multiple children. He convinces Irene that Sara sent the baby to her from where she went.

Sara manages to escape eventually and takes to the media with her story. The film ends with her family coming to terms about what Don has done over the years. What is the wild side to all this? Lifetime’s portrayal is not that far from the truth.

Based on the true story, Girl In The Basement is a look at the tragic escape from captivity of the young Austrian. Oxygen reported that Elisabeth Fritzl was taken hostage by her father between 1984 and 2008. She was drugged with ether, handcuffed, and kept in the basement.

The young girl was forced to write a letter to her mom in which he claimed that she fled to hide her tracks. He continued to sexually assault her seven times a day.

As in the movie, Elisabeth’s dad tried to raise her children upstairs with his wife. He claimed that their daughter had sent them to care for them. The situation remained the same until April 19, 2008, when things changed. Elisabeth finally stepped out to bring Elisabeth her eldest child to the hospital after she lost consciousness in the basement. The public outing raised many questions, and the whole situation was soon revealed.

Today, Elisabeth changed her name and moved to an unknown small town in Austria with her kids, per mirror. It was difficult for Elisabeth to overcome the trauma that those years brought. Their new home seems to be under secure, and she reportedly has moved on with a long-time bodyguard.