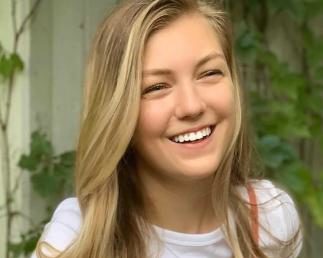 Gabrielle Venora Petito, a 22-year-old American woman went missing between August 27 and 30, 2021, while she was on a vanlife trip across the United States with her fiancé, Brian Laundrie.

Her remains were discovered in Bridger-Teton National Forest, Wyoming, on September 19, 2021, a few weeks after Laundrie drove the couple’s automobile from Wyoming to Florida alone and refused to discuss Petito’s whereabouts. An autopsy revealed that she had been murdered.

When the pair went missing, their case got a lot of attention. The amount of audio and video documentation and logistical information about their journeys, including their own travelogue postings, police body camera video footage of a domestic dispute between the two, 9-1-1 emergency dispatch call recordings, and eyewitness accounts made on social media platforms drew attention to them.

On September 15, 2001, Laundrie’s family stated that he went for a hike in a nearby forest preserve on September 14 and has not been seen since. On September 22, 2021, the Federal Bureau of Investigation (FBI) issued an arrest warrant for Laundrie on charges of credit card fraud after he used someone else’s card to make withdrawals.

Who was Gabby Petito?

Gabrielle Venora Petito (March 19, 1999 – August or September 2021) was born and reared in Blue Point, New York. She was the eldest of six children and half-siblings. In 2013, she appeared in a music video to raise awareness about gun violence with her step-brothers.

Petito graduated from Bayport-Blue Point High School in New York’s Long Island, where she met Brian Christopher Laundrie. They began dating in March 2019, moved in together later that year with Laundrie’s parents in North Port, Florida, and got engaged in July 2020.

The FBI confirmed Tuesday the remains found Sunday in an area of Wyoming’s Bridger-Teton National Forest were those of 22-year-old Gabby Petito, whose parents reported her missing more than a week earlier.

The coroner’s initial determination for Petito’s manner of death is homicide, the FBI said in a tweet.
Petito had been traveling with her boyfriend, Brian Laundrie, prior to her disappearance.

Laundrie returned to the pair’s North Port, Florida, home earlier this month without Petito and refused to talk to authorities, police said. His parents later told police he left home with a backpack on September 14. A source close to Laundrie’s family told CNN’s Chris Cuomo Laundrie left their home without his cell phone and wallet.

Local and federal authorities have been searching for Laundrie in a 25,000-acre Florida nature reserve. In late September, the FBI announced a federal arrest warrant was issued for Laundrie for his activities after Petito’s death. Here’s what we know about the timeline in Petito’s case.

Petito and Laundrie embark on a cross-country trip, according to North Port Police Chief Todd Garrison, who refers to Laundrie as Petito’s fiancé.

Moab, Utah, police have an encounter with the couple on August 12, where officers describe them as having “engaged in some sort of altercation.”

On August 27, a Louisiana couple vacationing in Jackson, Wyoming, said they saw Petito and Laundrie involved in a “commotion” as they were leaving The Merry Piglets Tex-Mex restaurant.

Petito’s family told police they were last in contact with her during the last week of August, North Port police say. Before that last communication, Petito is believed to have been in Grand Teton National Park in Wyoming, police say.

Laundrie returns to the couple’s North Port home, where his parents also live, on September 1, according to police. According to an affidavit attached to a search warrant request, a license plate reader shows the vehicle exited Interstate 75 into North Port at 10:26 a.m. ET.

The Laundrie family goes to a campground about 75 miles away from their home in early September, according to county officials.