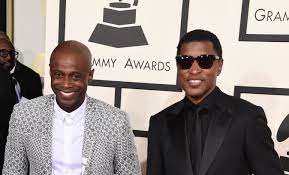 The tour marks the first of its kind by Kem, following the August 2020 release of his sixth studio album, Love Always Wins. The 12-track project is just shy of a one-hour listen, and features fellow artists Brian Culbertson, Toni Braxton and Erica Campbell.

He released the deluxe edition in September, featuring the same three artists and two remixes.

The Full Circle Tour comes in celebration of Kem’s forthcoming project; the official release date has yet to be announced.

When Will The Tickets For The Full Circle Tour Go On Sale?

Kem appeared on Billboard‘s Artist 100 tally in 2014, peaking at No. 18 on the list, where he charted for four weeks.

His Instagram caption reads as: “I’m excited to join @musicbykem with host @sherrieshepherd on the #FullCircleTour this March! Presale starts this Wednesday, January 26th at 10AM local time with code BABYFACE.”

Babyface has appeared on the Hot 100 chart 13 times, with five top 10 hits. See the announcement and tour dates below:

Why is Soulja Boy trending on Twitter this week?