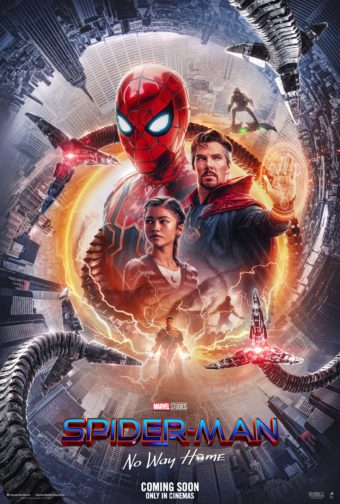 Marvel Studios has released the first minute of the long – awaited Spider-Man: No Way Home , the third film in the Marvel Cinematic Universe (MCU, for its acronym in English) centered on Spider-Man. .

The video was broadcast on the American television program Late Night with Seth Meyers and leaked on social networks.

There you can see how reporter JJ Jameson (JK Simmons) publicly reveals Spider-Man’s identity, showing the world the face of Peter Parker, played by Tom Holland, and accusing him of killing the villain Mysterio, a crime he did not commit.

Parker quickly reacts, picking up MJ (Zendaya) and walking away from the people who were stalking them.

Tom Holland had anticipated a few days ago, in an interview with the British TV program The Graham Norton Show , that the film would begin in the same scene in which the previous one ended, which has turned out to be true.

Spider-Man: No Way Home Written By