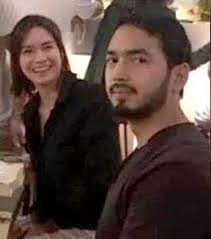 Erich and Mateo are two of Asia’s most famous and well-known celebrities, having gained a lot of popularity and fame in the entertainment business. Her followers are ecstatic for the couple, and they’ve been sending them congratulations.

According to sources, Erich and Mateo have been dating for more than two years before getting married at St. James the Great Church in Alabang, Muntinlupa City, on Wednesday, March 23, 2022. He appeared to come out of nowhere as Erich maintained her relationship with Lorenzo behind closed doors out of respect for his family’s privacy. Since the announcement of their wedding, Erich’s fans have only one question.

Who is Mateo Lorenzo?

Mateo’s real name is Mateo Rafael Lorenzo, according to our research. He is currently 30 years old. He was born to Martin Ignacio Lorenzo and Maria Leah De Leon as the son of a successful business entrepreneur.

Mateo was brought up in a home without stay-in help along with his brothers and sisters. In an interview with Philippine Daily Inquirer in 2012 , the family patriarch stated that he and his spouse Leah cared for their children on their own.

According to Mateo’s Instagram bio, in the year 2014 he completed his degree in Management Engineering at the Ateneo de Manila University, following in his father’s footsteps who graduated from the same institution in 1986.

In 2021, he completed his MBA at the Wharton Graduate School of the University of Pennsylvania. He is very active on social media sites and frequently shares photographs. Keep an eye out for further news.