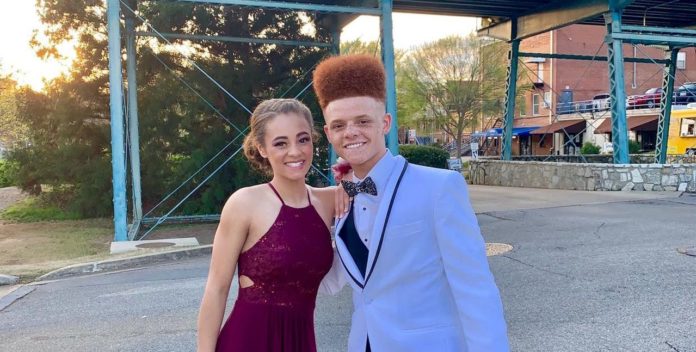 Madison Taylor was best known as the sister of former American Idol contestant Drake McCain Taylor. Moreover, Taylor’s body was recovered from Watts Bar Lake early on 31 May, 2022, morning, the Tennessee Wildlife Resources Agency stated. Taylor went into the water from a boat for a swim and did not resurface after being called to the scene. She was 19 years old. Who Was Madison Taylor, Drake McCain Taylor’s Sister?

Madison Taylor, the sister of American Idol finalist Drake McCain Taylor, was identified as the woman whose body was recovered from Watts Bar Lake in Tennessee. The Tennessee Wildlife Resources Agency said that Taylor’s body was discovered early Tuesday afternoon after she went for a swim from a boat and did not resurface. Madison was 19 years old at the time of her death.

Madison Taylor Cause Of Death

Around 6:30 p.m., a number of local teams and divers arrived at Watts Bar Lake to begin their search, according to Local 3 News in Chattanooga. Swimming Taylor’s body was brought to the RCME around 1:00 a.m., according to News Channel 9.

It was not until after the incident that Taylor confirmed she was Drake’s sister. “My wonderful baby sister! My heart can’t take it; Bubba misses you so much. Please just pray for our family right now and give us some space. GOD BLESS,” he wrote on Facebook, responding to rumors about their relationship.

On Twitter, Chris Brown dedicated a song to his family and shared a number of images of his sister on Instagram. He also released a more detailed remembrance on Instagram. “I don’t know why GOD took you yet but I know you are in a better place smiling down on us,” he wrote in part.

“You inspired me and so many other people, and overall had the best heart there ever was. We will never forget you, the memories, or that beautiful contagious smile. I love you so much, forever and always Bean. Until we meet again my precious baby sis!”

A GoFundMe account has also been set up to assist Taylor’s family with funeral costs. The campaign has gathered over $11,000 in only seven hours from more than 160 contributions, many of which came from Drake’s fans on Instagram.

In 2019, Drake graced the stage on American Idol. He is the oldest of ten children, according to a WATE profile. For his audition tape, he recorded Maroon 5’s “Girls Like You.” In Nashville, he held a private audition. He made it to the Top 40 round of auditions.