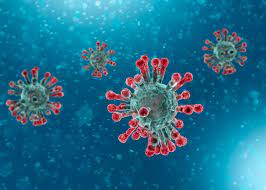 Bari Weiss, a former Wall Street Journal and New York Times journalist, made news during an appearance on Real Time With Bill Maher by declaring that she was “done with covid.”

In response to questions regarding whether or not Bari Weiss should be held accountable for her comments about “toxic masculinity,” Dr Jonathan Reiner stated: “Weiss needs to grow up.” “Done with Covid” memes are presently trending on Twitter.

What did Bari Weiss actually say to cause so many ‘done with covid’ memes to appear?

During the interview, Weiss mentioned that she was “done with covid.” She said, “It’s like it’s a pandemic of red tape at this point.”Weiss listed several problems as ills resulting from the political response to the covid-19 epidemic, including increasing rates of adolescent self-harm and the decision made by Flint public schools to indefinitely extend virtual learning. “This will be remembered by future generations as a crime against humanity,” she warned.

Many New Yorkers had seen a “level of death and suffering” that they had “never experienced in our lives,” Torres said. He also rejected the idea that “the response to covid has been worse than the disease itself.”

Several journalists have also published articles in support of the hashtag #DoneWithCovid. While others have spoken up against Bari Weiss’ sentiments. Many of the “done with covid” memes that has amassed hundreds or thousands of likes since then have been inspired by this one.

Unsurprisingly, the debate has taken on a political tone. However, at the foundation of many Twitter users’ remarks is the apolitical belief that finishing something does not make it vanish.

How did CNN’s Dr Jonathan Reiner react to Bari Weiss saying she was ‘done with covid’?

You’re acting like a child if you say you don’t want to play this game any more,” he added. He brought attention to the individuals working in hospitals caring for people with covid-19.

“My coworkers from all across the country go in to care for individuals who are dying of this virus every single day,” he added. “And they continue doing that every day… They made that sacrifice throughout the first year of this epidemic without any vaccine protection. That’s what they gave up.”