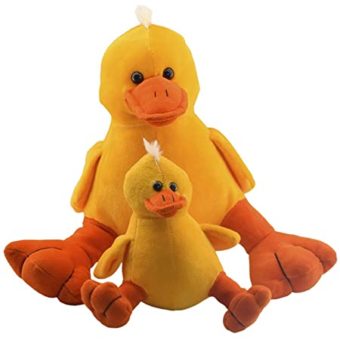 With an NFT drop of Dastardly Ducks, Thorne Melker and Mandy Musselwhite raised approximately $120,000 in less than six hours to preserve their real-life duck egg farm. Are there any remaining Ducks where you can find them, and what’s next on the Dastardly roadmap?

How many Dastardly Ducks NFTs were there in the original drop?

The NFTs are listed as “hatched out” on the Dastardly Ducks website. They all emerged in less than six hours. However, it offers two links where potential buyers can purchase secondhand goods.

There are 10,000 Dastardly Duck NFTs on the Ethereum blockchain. They’re a part of the “Smol Farm metaverse,” which is named after Smol Farm, a real location with genuine ducks. At present, they are owned by 842 individuals. The current floor price for these assets is stated to be 0.002 ETH in their listing on OpenSea.

Additionally, they’re available on LooksRare, a digital NFT marketplace. The price of one “duck that lives on the blockchain” is £3.59 (just under $5) as of early afternoon on Tuesday, 25 January 2022.

What’s next on the Dastardly Ducks NFT roadmap?

According to the plan, phase one will be the 10,000th unique Dastardly Duck NFT being “hatchable” on the DD website – some of them are now available for purchase on OpenSea and similar platforms. The second stage entails actual ducklings.

In fact, there will be “several dozen.” Thorne Melcher and Mandy Musselwhite of the real life Smol Farm will raise them and film their development in video.

Melcher and Musselwhite state that the birds are not to be eaten, only for “eggs, cuteness, and fertilizing the soil.”

Finally, Melcher and Musselwhite want to see the Dastardly Duck community develop and progress. The road map may come to an end; nevertheless, they “do not want the path itself to terminate.”

Who is FUMEIJI, the artist behind the NFT artworks?

Smol Farm, a duck egg farm outside Atlanta, will benefit from the sales of Dastardly Ducks.