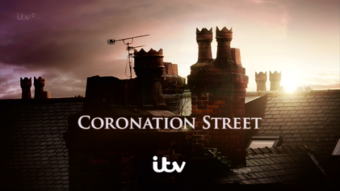 Next week, Coronation Street’s Faye Windass will be rushed to the hospital in fear for her baby. After a routine scan, Faye and her partner Craig Tinker anxiously await results.

The tense moment occurs as part of Emma Brooker’s exit narrative. Faye is shocked next week when she finds out that Emma has been dating Jon Spear, Ted’s great-grandson. As a result, Faye is furious that Emma would be so reckless as to begin a relationship with him.

When Faye fails to sit back and do nothing, she confesses her guilt in the death of Ted to Jon. The squabbling and recriminations that follow worries Faye about the health of her baby.

When Faye comes out of the bathroom at their flat, Emma tells her that she thinks she is losing the kid. After waiting for scan results at home, Faye and Craig are shocked by what they’re told when they go to see him at hospital. Coronation Street’s spoiler: Faye Windass heads to hospital.

The conclusion of the tale has yet to be revealed. Last week, Corrie fans saw this plot begin, when Faye told her grandmother Elaine Jones that she might be pregnant. After taking a pregnancy test, Faye informed Craig that the result was positive. This occurred as Faye was unsure whether or not Craig wanted to continue with her after Ted’s exposure.

On Saturday, when Lanz told Faye he had been unable to locate her husband’s missing persons report, she was stunned. She screamed in anger and frustration when Dan revealed that the baby would be delivered via cesarean section due to his injury.

He added that if they did not have enough money for the surgery at this point, Dan would have to leave because it might harm or even kill their kid. Despite all this,Dan stepped up and made an offer with a smile on his face (which shocked her) so as not to disappoint Faye further by revealing how hurt he was from being rejected again.

“I love you and I have done for a very, very long time. Yeah, stuff might have happened that I regret, but I never once regretted me and you.”

Read Also: When Is Outer Banks Season 3 Coming Out?