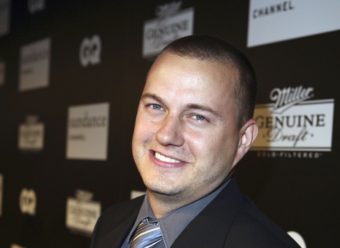 Huvane was a well-liked personality and the film industry has lost one of its most important executives. Chris, age 47, committed suicide on Sunday night. According to several reports, he was in denial and battling severe depression. At Management 360, Huvane has represented many famous figures including Chadwick Boseman, Julianne Moore, Margot Robbie, etc

Chris Huvane Will Be Missed

Chris was one of the best talent managers and magazine editors who died by suicide. He was extremely liked by his customers, friends, and coworkers, as well as being adored by everyone. Chris’ battle with depression ultimately caused him to take his life. Who would’ve guessed it?

Chris Huvane worked on several films, including Unforgettable with Poppy Montgomery and Terrence Stamp; Welcome to Pineview while at Management 360; and Charles Manson in his role as Executive Vice President.

In 2010 he joined Management 360 as a manager and became a partner in 2015. Since then , he has changed jobs numerous times before becoming part of Management 360. Before becoming a top Hollywood publicist, Mark was the Senior West Coast Editor for GQ magazine.

Huvane was based in Los Angeles and he grew up in Yonkers, N.Y. Earlier, he worked as a “bellman” in Manhattan and was accompanied by his brothers.

In an interview, Chris said, “I think the most important thing for me is I always have an opinion, and I was always not afraid to share it because there’s not a person on Earth that I’m not afraid to share my opinion with, and it took off from there,”

From a fine actor, he became a manager soon enough.

Many mourned over the sad demise of Chris. Christopher Cantwell, the showrunner of Halt and Catch Fire referred to Huvane as a “lionhearted man”

“He was frank and honest in a business when many are not,” Cantwell tweeted of Huvane, who was his manager for more than 10 years. “He was exceptionally kind, he was remarkably open about his struggles and wore himself on his sleeve. This industry did not deserve a guy like Chris.”

“When we wrote HALT, he pounded on our agent’s door because we were nobodies and said, ‘if you don’t pay attention to these guys, I’m taking them somewhere else because they deserve better”.

Nicki Minaj Squashes Beef With City Girls: What Is It?