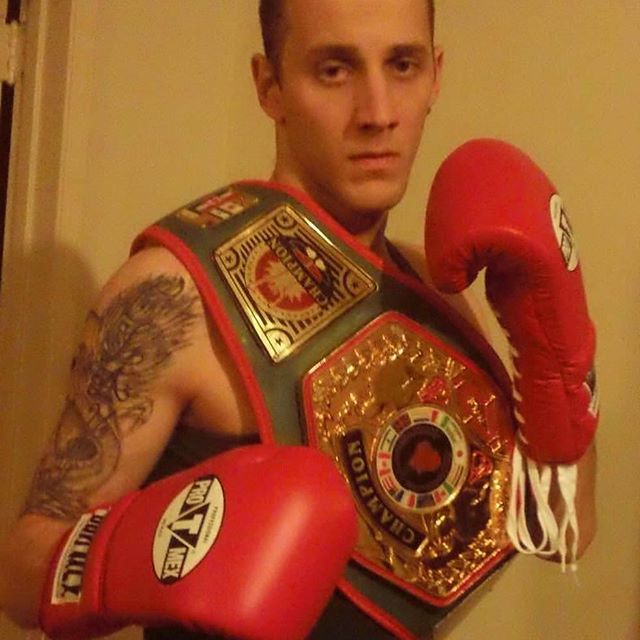 Charlie Zelenoff (born July 27, 1988) is a Russia born American Professional Boxer based in Los Angeles, California. He rose his fame because he claims that he is UBF Champion. He also declares that he has an unbeaten record of 240-0. However, nobody agrees with him. He even challenges the people in the gyms to fight him by giving them money. Therefore, most of the people think that he is mental crack and retarded. They even say that Charlie is delusional.

Additionally, Zelenoff, who calls himself Charlie Z, Charlie Champion Zelenoff and “the Goat,” is 32. He lives with his stepfather and mother, both emigres from Ukraine, on North Vista Street. However, he seems to spend most of his time in gyms and boxing studios, where he is filmed engaged in knock-down, drag-out fights that leave some of his opponents stunned at his violence. Zelenoff, who is 5’9” and weighs about 140 pounds, claims that he has won all of the more than 240 fights he’s been in. ” My fist caused the pandemic that the whole earth heard,” he says. His videos and others are posted on Charlie ZTV, his YouTube channel, which has 7,450 subscribers and some advertisers.

But there are even bigger audiences finding more information about Charlie Zelenoff on YouTube Channels like “Charlie Zelenoff Uncut,” which has 63,200 subscribers. A video posted by MailOnline showing Zelenoff knocked out by boxer Deontay Wilder in 2015 has attracted 4.2 million views.

On his own YouTube channel and in videos displayed on those of his critics, Zelenoff brags that he is the top-ranking boxer in the Underground Boxing Federation (UBF), which says it was created in 2011 to counteract what its founder perceived as corruption in better-known organizations like the World Boxing Organization. Some, however, question whether the UBF is for real. On its website, the UBF calls out Zelenoff’s fight with Chris Kud, who it identifies as the brother of a “homo who recently had his jaw shattered and rewired following an ill-advised altercation” with a UBF champion. “I’ll rematch this faggot Kud and kill him in the ring,” Zelenoff is quoted as saying.

He trolled on internet for his unusual behaviors and claims he made, “In one video Zelenoff is showing off a pair of red high heels that he says he bought for Kardashian. “I love Kim Kardashian so much, I cannot sleep…. I love this girl so much, it’s literally stronger than my pandemic punches.” But then at another point in the video, he says he’s now got a crush on Nicky Minaj.”

Additionally, Zelenoff’s stepfather, Eugene, is very supportive of him, as is his mother, Tanya. Eugene is said to be the person filming some of Zelenoff’s videos. “Charlie is my son. Not only is he great fighter. He is great son,” Eugene Zelenoff says in a social media post in response to his stepson’s critics. Zelenoff, who notes that he himself was a veteran of the Soviet Russian army, says: “You know where I LIVE. You’re welcome to come muther f-ckers … “you internet warriers, what are you going to do when you see Charlie on HBO?”

Charlie Zelenoff age is 32 years old. He has a very good height of 5 Feet 9 Inches. He weighs around 78 kilograms. His body measurements are 42-32-35 inches. His biceps are 14 inches. Additionally, his hair color is black and has brown eye color.

Charlie Zelenoff is married to Daria Zelenoff, who supports his dream of becoming the ‘greatest boxer’ of all time. The couple can often be seen celebrating Zelenoff’s ‘wins’ on social media platforms. Currently, Zelenoff lives in Los Angeles, California, along with his wife and family.

Charlie Zelenoff was born on July 27, 1988, in Los Angeles, California, USA. Zelenoff’s stepfather, Eugene, is very supportive of him, as is his mother, Tanya. At a very young age, Zelenoff became passionate about boxing. He decided to pursue professional boxing. In his first official fight, Zelenoff was pitted against Andrew Hartley in the Welterweight category. Unfortunately, Zelenoff was disqualified in his first match and he never found a way to make a comeback into the professional boxing scene. As of education, he was raised in Los Angeles where he attended ‘Fairfax High School’.

A few celebrities have been known to be quite secretive not only with their personal life but also with their net worth. Such a star is the Charlie Zelenoff. It is, however, hard to estimate his net worth. One thing, however, that we can all agree on is the fact that his popularity is increasing as the days passes on, and this is estimated to have a significant effect on both his paycheck and net worth. Even more fascinating is that the passion in Charlie Zelenoff to make it as a acting and as well as wrestling career. Due to this, it is no surprise that Charlie Zelenoff is gradually rising to stardom, to become one of the best artist in the industry. As of 2020, Charlie Zelenoff’s net worth is estimated around approx U.S. $56,000.