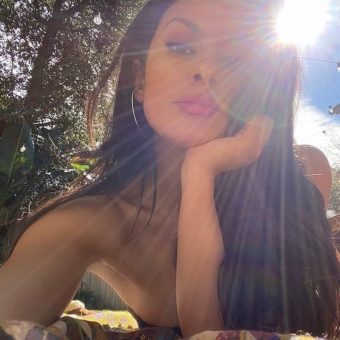 Carmela Zumbado is an American actress who enjoyed breakout success playing Delilah Alves during the 2019 second season of the Netflix drama You. She previously appeared as Denise Martinez on the popular TV musical comedy Crazy Ex-Girlfriend.

How old is Carmela Zumbado?

Carmela Zumbado was born on February 27, 1991 in USA. She is 30 years old, as of 2021. While she’s been acting since 2011, Zumbado’s career has picked up steam in recent years and doesn’t show any signs of slowing down.

The year 2019 brought the Cuban American actress the breakthrough role of Delilah Alves, an investigative journalist who stars alongside Penn Badgley in Netflix’s hit thriller series You. That year, she also appeared in The Wall of Mexico; recently, she’s guest-starred on a number of TV shows, including the iCarly reboot and The Rookie.

Carmela Zumbado is single and has not spoken anything about her love life. As per her previous dating history, it is not known in public domain.

Carmela Zumbado’s acting career is her main source of income. Her net worth is estimated to be $3 million.

She was tapped to star as Paloma Ball in the 2020 fifth season of the Netflix series The Magicians. She appeared in the The 2017 CBS Diversity Sketch Comedy Showcase.

Carmela Zumbado’s earned her first onscreen credit in 2011 for her work on the short film Play Dead.

She appeared alongside James Scully on the 2019 drama series You.