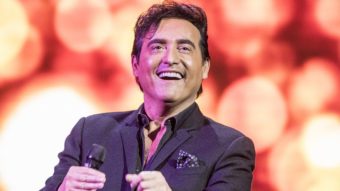 Carlos Marín, a member of the group Il Divo, died on December 19, according to reports. Fans were wondering whether he was vaccinated since the reason for his death was stated to be COVID-19 complications.

Carlos, together with the rest of the band members, has consistently astounded listeners with their songs over the years. Il Divo was established in 2003 and brought Urs Bühler, Carlos, David Miller, and Sébastien Izambard together. The members of the band had announced Carlos’ passing on social media. Several fans subsequently expressed their sentiments on social media following this.

According to The Independent, Carlos was vaccinated against the virus and became ill with it on December 7. He was later brought to a hospital in Manchester. On December 16, the band let people know about Carlos’ health status.

They declared his death in a tweet that included a photo of him on the floor, surrounded by opened presents. It stated, “Please pray for his recovery.” The news of his passing was confirmed on December 19. After being admitted to an intensive care unit, the singer was intubated, according to the source.

The band had to postpone their UK tour dates after Carlos became ill.

The Band Releases A Statement

The band made the announcement on Twitter, in which they praised the vocalist while informing their supporters.

The tweet read: “It is with heavy hearts that we are letting you know that our friend and partner, Carlos Marin, has passed away. He will be missed by his friends, family, and fans. There will never be another voice or spirit like Carlos.”

The tweet continued: “For 17 years the four of us have been on this incredible journey of Il Divo together, and we will miss our dear friend. We hope and pray that his beautiful soul will rest in peace.” As of now, the band has not released any other statement.

Does Carlos Marin Have A Wife?

Carlos was married to Geraldine Larrosa, better known as Innocence, a French-born singer. However, the pair decided to divorce in 2009 because of their incompatibility. She has yet to speak about Carlos’ death.