Why was BruceDropEmOff banned from Twitch yesterday? 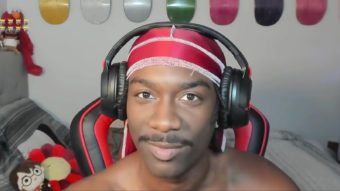 On December 21, BruceDropEmOff was removed from Twitch for a period of one year. It’s his first time being banned, and it caused quite a stir. But why did BruceDropEmOff (Bruce Ray, or @raycondones on Twitter) get kicked off Twitch in the first place?

Why was BruceDropEmOff banned from Twitch?

According to Twitch streamer Bruce Ray, better known as BruceDropEmOff, he was banned from the site for using a certain racial slur – in this case, “cracker.” His tweet, in which he addresses the ban, has so far been liked almost 12K times.

Since the ban began, Mark S has been active on Twitter for 19 hours. His tweets have sparked a lively debate about whether or not the term qualifies as a racial slur, and therefore if it justifies a Twitch ban. Read Stream Scheme’s guide here for more information on what you can and cannot say on Twitch. In a video on YouTube, he addressed the ban earlier today. Screenshots of the communications in which the term was used are included in the video. #FreeDEO is an example of a hashtag that means “free nanny.”

What has Hasan Piker said about BruceDropEmOff’s Twitch ban?

Fellow streamer Hasan Piker has weighed in, too.

On December 13, Twitch banned Hasan, who goes by HasanAbi on the site, for using the term “cracker,” which prompted BruceDropEmOff’s ban. He stated at the time that it was due to the word qualifying as “anti-white racism.” In response to BruceDropEmOff’s Twitch restriction, Hasan stated that the site must “stop kowtowing” to individuals engaged in white identity politics.

He started off his response by condemning the attack and urging people not to be afraid. His statement alone has prompted almost 100 quotation tweets. Many individuals have expressed their support for, or criticism of, his standpoint.

Is ‘cracker’ a racial slur?

Others regard it as a racial insult; others see it as merely descriptive and non-offensive, although even the origins of words like “Florida Cracker” and “Georgia Cracker” are up for debate.In Shakespeare’s The Life And Death Of King John (full text here), one character refers to another as a “craker,” which NPR describes as a “frequent putdown for an obnoxious bloviator.” It appears to have been in common usage since the mid-sixteenth century.

A bloviator is a pompous person who gives their opinions at length – a windbag, per MacMillan Dictionary.

“The meaning of the word has changed a lot over the last four centuries”, NPR quotes Florida anthropologist Dana Claire as saying.

Following in the footsteps of other writers and academics, she says that “cracker” was originally “used to describe a group of Celtic immigrants who were fleeing political circumstances in the old world.” NPR reports that 200 years later, people began using it as a “badge of honor.” It was an insult for “bigoted white people” during World War II.

In the 1990s, some Florida officials decided to name a new school the Cracker Trail Elementary School. According to reports, African Americans objected because they believed it was racist, as did white Americans for the same reason.