How to read Brandon Sanderson’s Cosmere books in order 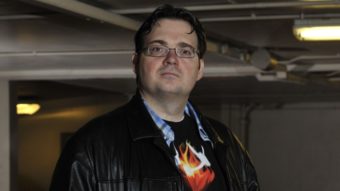 Brandon Sanderson, the fantasy author who has just published The Gathering Storm and Way of Kings, has announced he will be releasing four new books. Some fans have speculated on the chronology of his existing works since Sanderson is well-known among fantasy and sci-fi enthusiasts for writing a large number of books that several have been New York Times bestsellers.

As the author has stated, he will be adding to his library of publications with four more titles. We look at how fans want to read his books in light of this news. How to read Brandon Sanderson’s Cosmere books in order.

Brandon Sanderson went to Brigham Young University and majored in biochemistry, according to his website. He released his debut novel Elantris in 2005, which became the first book in a series set inside the invented universe Cosmere. The Stormlight Archive and The Mistborn Saga are two of his other best-selling works set in the universe.

Sanderson has written many novels and series’ that are not connected to the Cosmere, such as the Skyward series and Alcatraz vs The Evil Librarians.

Sanderson’s non-Cosmere novels do not have interconnected storylines, so fans don’t have to worry about reading a certain series before another. Fans, on the other hand, have discussed the order in which they believe the Cosmere books should be read.

There is no set order in which the books should be read, although there are several guides in which fans have advised how they might be read. Many people seem to feel that The Mistborn Saga: The Original Trilogy is a good place to start. This series was also one of only a few suggested by Sanderson himself as a good place to start.

Sanderson’s site also suggests that fans might begin with The Way of Kings, the first volume in the Stormlight Archive series, as well as stand-alone novels Elantris and Warbreaker, based on their preferences.

From the original Mistborn series, a possible reading order could look something like:

Fans may also read the novellas after or before reading the associated novels, such as Elantis and Mistborn, which build on previous works/series.

Meanwhile, on the official Star Wars universe’s site, there is a subreddit dedicated to the fictional world that gives recommendations for how the novels may be read and even has a ‘what should I read next’ area where readers can choose which book or series to continue with.

Three of his new releases are also set in Cosmere

Last week, Brandon Sanderson revealed that there would be three more additions to the Cosmere universe this year.

The news came as Brandon Sandelson confirmed he was publishing four novels he’d written during the epidemic.

He announced the news yesterday (1 March) in a video on his YouTube channel called It’s Time To Come Clean, where he also stated that they will be made available through a Kickstarter campaign – you can learn more about it here.

He continued, “I’ve written three of these as holiday presents for my wife, and one just for myself.” The three are all in the Cosmere, while one is completely different.”

With the new elements to the mythical realm of Cosmere, we may only guess where they will appear on fans’ updated reading lists.