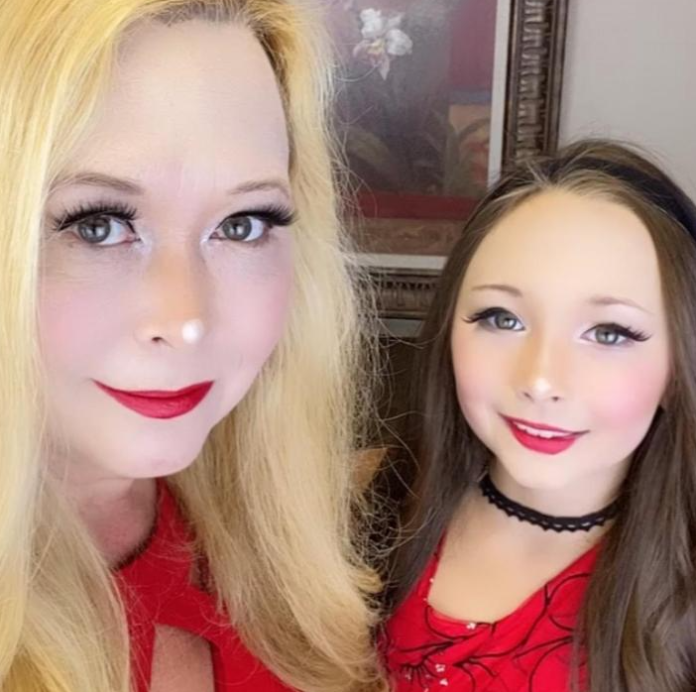 A TikTok mother-daughter team known as Bebop and Bebe is the focus of a Reddit abduction conspiracy. Many claim that their videos are fake. They frequently threatened to be in trouble while watching their reels on the video uploading platform. As a result, the area where they usually create videos is regarded as the set alone. Meet Bebop And Bebe Tiktok: Mother-Daughter Duo.

A mother-daughter team known as Bebop and Bebe has a TikTok account with 2.3 million followers, where they perform outrageous makeup and do unusual activities. The profile is controlled by the mother. They currently have more than 33 million likes on their page. According to their video description on their profile, the pair provides a fun variety show. Aside from that, they also have an identical Youtube channel with over 12k subscribers and regularly go live.

They may be seen going live several times throughout the day, besides just uploading reel movies. The pair also gets millions of views on the site every month People are, however, becoming interested in these personalities as a result of what they believe is an incorrect situation. Despite the fact that these social media celebrities have made no claims, individuals have reported seeing strange things in their videos and live streams.

Reddit and other social networking sites have generated a number of conspiracy theories about Bebop and Bebe. Some people believe that both of them were kidnapped, while others think the mother has kept her daughter captive.

The majority of the films are shot in a room that is supposed to be occupied by a kid. Viewers, on the other hand, find it peculiar because the space does not appear to have the same hue all around. Also, the toys in the room remain in one place and do not move throughout the video.

Many people believed the room was being used for a film shoot. Additionally, due on to its close proximity to the home, many considered it unsuitable for a kid’s room. During a live broadcast, one person asked her to touch her hair if they were in danger and required assistance. Then, at that moment, it could be pure coincidence or a clue.

The internet celebrity has been stroking her hair for an extended period of time now. Another similar occurrence was reported when someone suggested that if they were in danger, they should don an white and blue dress. Both of them were wearing white and blue gowns later in the video. As a result, individuals have concocted conspiracy theories and thought they had been kidnapped or are in real danger.

What Happened To Bebop And Bebe?

Bebop and Bebe’s TikTok moms and daughters are concerned about them, given that some conspiracy theories have emerged on the internet. Some of the viewers believe they look strange on camera. Additionally, before posting on social media, they apply a lot of makeup. According to others, the mother may be doing so to get more web traffic.