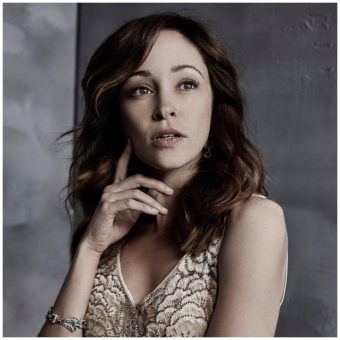 Autumn Reeser is an American actress best known for her roles as Lizzie Grant in the series Entourage and as Taylor Townsend in The O.C. She is also known for her starring roles in several Hallmark Channel romantic comedies. In 2016, she appeared in Clint Eastwood’s biopic Sully, opposite Tom Hanks.

Reeser has appeared in several feature films and television movies, such as the musical The American Mall with Nina Dobrev, the comedy The Girl Next Door with Elisha Cuthbert, the horror film Lost Boys: The Tribe with Corey Feldman, the thriller The Big Bang with Antonio Banderas, the action movie Smokin’ Aces 2: Assassins’ Ball with Tom Berenger and the detective comedy So Undercover with Miley Cyrus.

How tall is Autumn Reeser? Enhancing her body measurements, Autumn Reeser has maintained a perfect body. She is 5 feet 6 inches (1.68m) tall and weighs around 55 kg (121lbs.). Likewise, her actual body measurement (Chest-Waist-Hip) is 35-28-37 inches. Moreover, she has dark brown hair with eyes of the same color.

The couple has two sons, one born in 2011 and the other in 2013. In November 2014, Reeser filed for divorce from Warren and requested joint physical and legal custody of their children.

Author and friend Patrick Loubatière wrote a book about her, entitled No Ordinary Girl, published in English and French.

In 2015, she was elected to SAG-AFTRA’s National and Los Angeles Local Boards.

She was in the 2007 film Palo Alto alongside Aaron Ashmore.

She made the 2006 Maxim’s list of Hot as number fifty-seven.

She was in the 2004 film The Girl Next Door. Her net worth is estimated to be $3 million.

Some Facts about Autumn Reeser

Reeser was featured on the cover of December 2006 issue of Stuff magazine.

She has also appeared in editorials for Maxim, Celebrity Skin and Zooey.