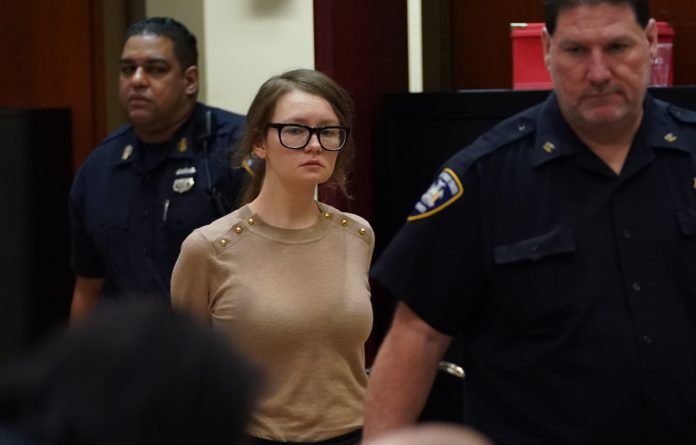 Anna Sorokin, a German citizen who grew up in Paris, France, at the age of 19 departed her home country to pursue a fashion degree in Paris. It was here that Anna picked the name “Delvey,” despite her parents claiming they didn’t recognize it.

After traveling to New York City in 2013 and deciding to stay permanently, Sorokin’s studies took her to New York Fashion Week and eventually led her there. What happened to Anna Delvey?

After moving to New York, Sorokin assumed the identity of a wealthy German heiress and utilized her fake persona as Anna Delvey to mix with the city’s aristocracy and other wealthy people. She created an illusion of prosperity by using phony credit cards, phony bank statements, and even starting the Anna Delvey Foundation, a fraudulent private club and art organization that she used to deceive rich benefactors and improve her reputation.

Is Anna Delvey still in prison?

Sorokin was released on parole early for good conduct in February 2021 from the Albion Correctional Facility in upstate New York after serving almost four years of her sentence. The German national wasted no time in reopening her social media accounts and posting photographs of herself apparently living a lavish lifestyle once again after her release.

On parole, Sorokin also decided to appeal her case. According to Insider, Thomas claimed that much of the money she embezzled was on a civil rather than criminal level—although Sorokins effort didn’t last long.

Where is Anna Delvey now?

Sorokin spent the next several years swindling numerous people, banks, and hotels out of hundreds of thousands of dollars through a variety of cons. She submitted fraudulent loan applications to City National Bank and Fortress Investment Group, as well as dozens of outstanding meals and hotel charges.

She frequently persuaded friends and businesses to give her money with the assurance that she would reimburse them afterwards, convincing them that her net worth was in the millions.

According to reports, she also lured a friend into signing up for an expensive sex-reassignment surgery in Thailand and then stiffed her on the $62,000 tab. Sorokin persuaded a bank to lend her $100,000 that she never repaid.

She was indicted on additional counts of check fraud and theft of services due to her failure to repay hotel and restaurant expenses. Sorokin was indicted on two counts of grand larceny and one count each of money laundering and filing a false tax return.

Following her arrest, the court sentenced her to four to 12 years in state prison for all three charges. The con artist was fined $24,000 and ordered to repay around $199,000 as part of her sentencing. It was reported that Sorokin stole approximately $275,000 throughout her prosecution in 2019.