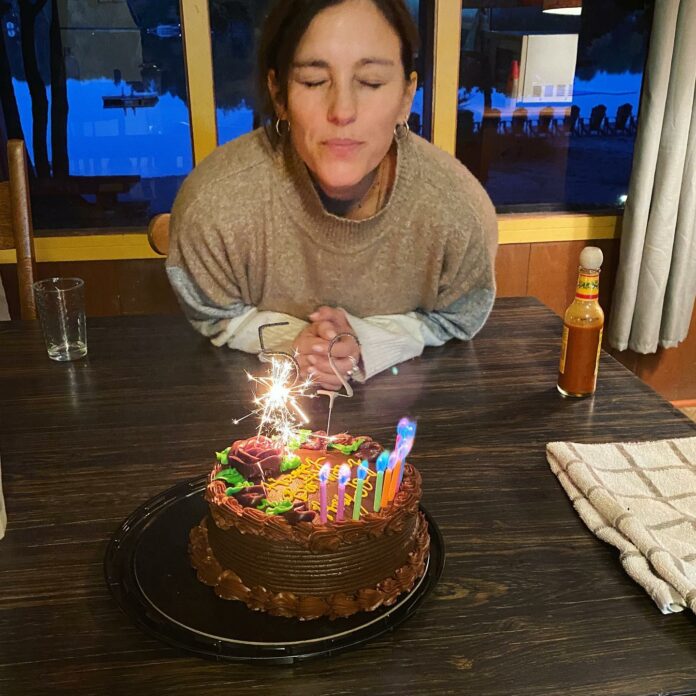 Amy Jo Johnson is an American-Canadian actress, musician and filmmaker who is very popular for appearing in movies like, Mighty Morphin Power Rangers: The Movie, Turbo: A Power Rangers Movie, Without Limits, Cold Hearts,Liars Club, Pursuit of Happiness, Infested, Interstate 60, Islander, Veritas, Prince of Truth, Summer Song, Tiger Eyes, Coming Home for Christmas, Power Rangers, The Space Between, Tammy’s Always Dying. Her Instagram user name is, ‘atothedoublej‘ where she has 385k followers there.

Amy Jo Johnson was married with, Olivier Giner. Later, couple get separated in 2017, and have one child together, a daughter born in 2008.

Amy Jo Johnson began career at the age of 18. She moved to New York City and there attended the Lee Strasberg Theatre Institute. Johnson has had guest roles on a few shows including a recurring role as Hayley Price, since 2012. She is a member of Film Fatales, a non-profit organization. She is a singer-songwriter and has released three albums. She performed the song “God” in her movie Bent, in 2017. In the same year, her song, “Cracker Jacks” was the theme song from the movie The Space Between.

What is the net worth of Amy Jo Johnson? Acting is her main source of income. Her net worth is estimated between $2 million – $5 million.