When Is All of Us Are Dead season 2 Coming Out: Cast, Plot And Everything You Need To Know 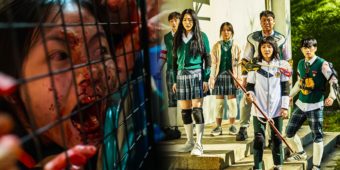 We’re certain that all of you must be eager for more episodes of All of Us Are Dead, which is as addicting as it is well produced. If that’s the case, you’ve come to the correct spot. The Korean production of Lee Weon’s All of Us are Dead concludes its initial season with a twenty-minute long epilogue. In an interview with The Korea Herald, the film’s director, Lee Jae-kyoo, stated that he had “purposefully” left open the option for a second season.

“Many directions, settings and scenes were intentionally produced to expand the story into an additional season, including the introduction of the new races of zombies,” said Lee, referring to the hybrid zombies we see in the show’s second half.

“If the first season can be seen as having presented humanity’s survival, the next season can talk about the survival of zombies. I hope to present viewers with another season,” he added.

It does appear to be a lot of fun. And now it’s the time for you to go shopping for school supplies and come with us as we wade through all of the newest information on this sadistic masterwork.

When Is All Of Us Are Dead Season 2 Coming Out?

All of Us Are Dead hasn’t been renewed yet by Netflix, but like the zombies, this program won’t go down easy. K-dramas are typically only broadcast for one season, but if the voracious fans inspire a season two renewal in the coming weeks, we may reasonably anticipate new installments to arrive in 2023.

As of February 7, All of Us Are Dead has topped the daily Netflix TV charts in dozens of countries, including the US, making it the second non-English language series to do so after Squid Game. Still, that renewal announcement may take longer to arrive than usual. After all, since late January 2022, four months after the show’s initial release, South Korea has been the first country to top that chart with two programs.

All Of Us Are Dead Season 2 Cast

The majority of the original cast do not survive the first season. On-jo (Park Ji-hu), Su-hyeok (Park Solomon), Dae-su (Im Jae-hyuk), Ha-ri (Ha Seung-ri), Mi-jin (Lee Eun -saem), and Hyo-ryung (Kim Bo -yoon) are the only ones to make it out alive.

One character who we can reasonably expect to return is Choi Nam-ra, played by Cho Yi-hyun. Unless the series makes a significant change and casts new characters in its future episodes. Expect to see many new, bloodstained faces in All of Us Are Dead season two, regardless of whether it changes things up with an entirely new cast.

All Of Us Are Dead Season 2 Plot Explored

The last line of All of Us Are Dead was “almost everyone” dead. Hyosan, the city where the epidemic started, was quickly overwhelmed by the zombie infestation, and then almost all of the zombies were wiped out by the Korean military’s bombing. While the majority of the survivors had their tales concluded, it’s conceivable that the epidemic may reemerge. Just one zombie might demolish everything again if given the chance.

Nam-Ra is also a compelling character, one who retains her humanity even after the infection has destroyed her bodily form. It turns out she’s just one of many hybrids that have discovered how to utilize the virus to their benefit, gaining tremendous strength and resilience to agony. The issue is that the desire for human flesh remains, making it another potential danger for future episodes.