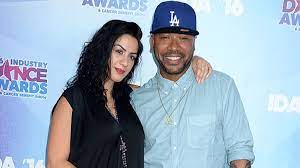 Columbus Short is a dancer and actor who rose to prominence in the 2000s. The entertainer is in trouble, once again, as a result of his legal issues. He was taken into custody on February 2nd on “domestic violence” charges. Columbus Short married Aida Abramyan in 2016. Who is she? What went wrong between them? Let’s see what happens next. Who is Aida Abramyan, Columbus Short’s Wife?

Aida and Columbus were in a relationship at first. Columbus planned to marry Aida in August 2016, but the couple called off their wedding days before it happened. Aida was expecting her first kid throughout the relationship.

Aida is a publicist at Luxe Creative Agency, the company behind the brand. The brand is in charge of connecting media and customers. Her firm has grown its market share with numerous well-known films such as The Big Wedding, Olympus Has Fallen, and so on.

Violence and Trouble Between the Couple

Aida Abramyan became known when Columbus had a “verbal quarrel” with her. When the cops arrived, Columbus alleged that Aida hit him. In fact, Aida was slightly hurt.

“I asked my wife to leave the home due to my frustration and I grabbed her phone, which I shouldn’t have done. I scratched her hand,”

Not the first time for Columbus

In February 2022, Columbus was incarcerated for domestic violence for the second time. A few days ago, police visited him and the news became public on February 6th. He had to pay a $50,000 bond and spend 12 hours in jail as a result of his actions.

“I AM not an abusive man nor am I on drugs but drinking alcohol makes my words unholy sometimes. My wife and I are working on our marriage.”, Columbus said.

In 2018, Short was arrested for doing something similar to this. Moreover, he was sentenced to probation for 36 months.

Columbus’s marriage is Aida is his third one as he has two ex-wives. He shares children with them. His first wife, Brandi Short to whom he was married for 2 years and shared one kid. Tanee McCall is Columbus’ second wife and they share a daughter.