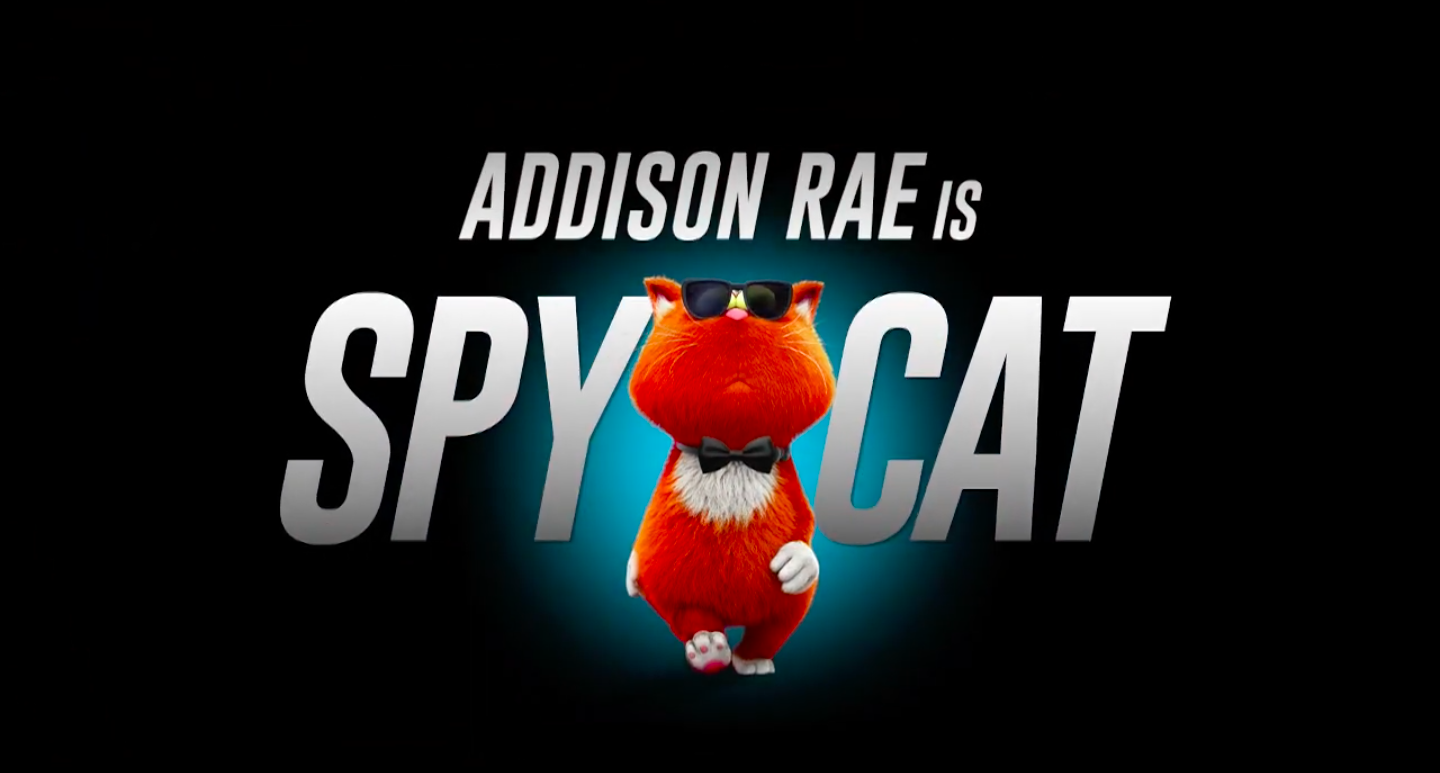 Will Addison Rae be in a Movie Spy Cat: Release Date, Cast, Gen ere, Summary and Trailer Explained. Four crazy antiheroes on the run. Their leader is the unworldly innocent, naive Marnie, a house cat who is not allowed to leave the house and only knows about real life from television. Based loosely on Grimms “The Bremen Town Musicians” a modern, hilarious road movie is told. Moreover, Addison Rae is a famous TikTok star who is famous for her dancing skills. She has million of followers under her TikTok account. 19-years old TikToker is now also working as an actress. P.S: Image Credit: Hitc.com.

This movie has a little bit of mild language and got a little suggestive with the content, but it does have a better plot plan than “Cats and Peachtopia”. It stars an orange cat named Marnie, who teams up with a dog, chicken, and a donkey, who act like agents, and try to catch criminals and make them arrested. Which I think it is called Spy Cat. Marnie does get thrown into bars, but the animals manage to get her out and stayed safe, so it isn’t too violent thankfully unlike with “Cats and Peachtopia”. It definitely beats the other Cat movie I mentioned, this movie might go onto the good movies list for me, maybe even alright, because it is not very intense and doesn’t have an insane plot plan that wouldn’t scare anyone too much. It does get a little strange but I’d say that it is a good movie.

What is the role of Addison Rae in the movie Spy Cat? In the movie, she landed for the lead role and Voicing Marnie. Moreover, Marnie is a housecat who decides to leave her cushy lifestyle to crack a mysterious case, Addison receives her first voice acting credit.

In the movie the cat Marnie travel with a group of friends. In his team, there are ragtag heroes, including a zebra, a chicken and a dog. This bunch of animal is on mission and trying to solve the mystery who’s been stealing valuable paintings.

When and how can we watch ‘Spy Cat’? In Germany in 2019, Spy Cat initially premiered, but it’s just about to make its premiere in America. It appears on DirecTV a month before its theater premiere. The movie renting it on-demand starting Aug. 13. Further, on 11 Sept, 2020 movie premieres in theaters.

Watch the official trailer for Spy Cat a.k.a Marnies Welt, an animation movie starring Obada Adnan, Erik Borner and Alexandra Neldel. In theaters September 11, 2020. The movie trailer is not so childish but yet very fun to watch. I really love the animation and settings. Cool movie! I hope there’s part two cuz I love watching Marnie, she’s so cute!