6 Best Games That Focus On A Female Protagonist 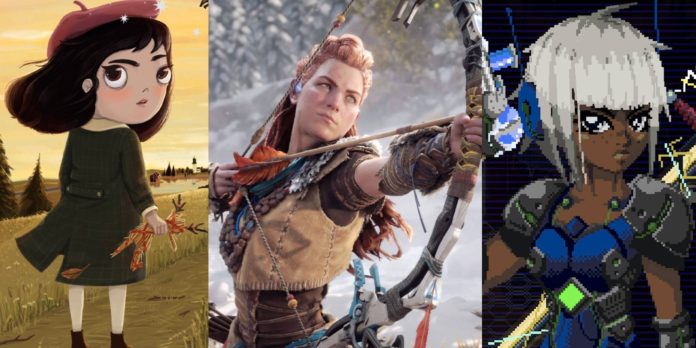 We’re all used to games where the male protagonist is front and center, but there are plenty of great games out there that focus on a female protagonist instead. In this list, we’ll be taking a look at some of the best games that let you play as a female character. Best Games That Focus On A Female Protagonist:

This point-and-click adventure game follows the story of April Ryan, a young woman who discovers she has the ability to travel between parallel universes. As she journeys through different worlds, she must solve puzzles and uncover secrets in order to save both her own world and the others she visits.

In Life is Strange, you take on the role of Maxine Caulfield, a photography student with the power to rewind time. You’ll use this power to help those around you and uncover the mysteries of your small town, all while struggling to maintain relationships and make tough choices that will affect the course of the story.

This action-adventure game rebooted the Tomb Raider franchise with a new origin story for its protagonist, Lara Croft. In it, you’ll follow Lara as she’s stranded on an island filled with hostile mercenaries, and must do whatever it takes to survive and escape. Along the way, she’ll grow from an inexperienced survivor into the badass we all know and love.

In this gorgeous RPG from Ubisoft, you play as Aurora, a young princess who is transported to the land of Lemuria. In order to return home, she must defeat the Queen of the Night, who has stolen all the stars from the sky. With the help of her firefly companion Igniculus and other allies she meets along the way, Aurora sets out on an epic quest to restore light to Lemuria.

In this puzzle-platformer sequel, you once again take control of Chell as she attempts to escape the Aperture Science facility. This time, however, she’s not alone; she’s joined by a second player-controlled character, Atlas or P-body, as they solve puzzles together in order to make it through to the end.

Set in the year 2084 in Neo-Paris, Remember Me follows Nilin, a memory hunter who has had her own memories erased. As she sets out to discover who did this to her and why, she gains the ability to enter other people’s memories and rewrite them, which she uses to defeat her enemies and uncover the truth.

These are just a few of our favorite games that focus on a female protagonist. What are some of yours?