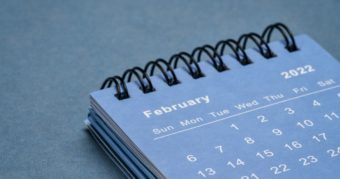 Today is February 2, 2022, a palindrome, which is a sequence that reads the same backwards as it does forwards. Some numerologists believe that today is highly significant because it’s the day of their birthsign.

Because of the strength of such numbers, such as 2/2/22, they are known as “master numbers.” It is said to be a day for manifestation by some, while others believe it will emit good vibes. Many people are making time capsules to be opened on the next palindrome to commemorate the strong vibrations generated today.

What Is A Time Capsule?

A time capsule is a container that contains items that symbolize the current moment in history. Typically, individuals pick objects representative of contemporary life at the year they are making the time capsule. Then, it’s usually buried underground with the hope that future generations will find it.

When future generations open it, they will find items from yesteryear and witness how much the world has altered. Some individuals also place time capsules for themselves that they may open after a specific period of time, such as ten years, to see what their life was like then.

Who is Dan Levy? Comic’s baby and John Mulaney’s son are ‘hours apart’

How To Make One?

Many people have decided to make a time capsule and bury it on 2/2/22 as a unique day. If you wish to participate in the trend, constructing one is simple. First, seek for a container with a lid. This might be a plastic box, cardboard box, tin, or basket. It’s all good!

Then, assemble a collection of mementos from your life right now. Jewellery, photographs, letters, and outfits are some popular choices. After that, simply place them in your time capsule and bury it in the garden. Alternately, you might put it anywhere like the attic or behind a closet’s doors.

Open It In The Next Palindrome

The 2/2/22 time capsule trend suggests that you should open the box on another significant day. If you create a time capsule today, it should be opened on 3/3/33, which is just over 11 years from now.

Teachers in some regions are now making time capsules with their first-grade pupils for a particularly touching concept. If you’re in first grade, you’ll be a senior in high school on March 3, 1933, and you’ll be able to look back at your childhood.