What Does 2/2/22 Mean Explained: What people think might happen 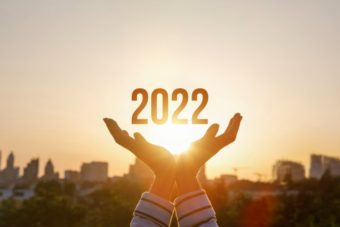 This isn’t your average Wednesday on February 2nd, 2022. Today’s date is February 2nd, a one-of-a-kind occurrence that has fueled conspiracy theories. A palindrome is a sequence that reads the same backwards as it does forward.

This is the final time we’ll see this pattern until 2/2/2222, and some people believe it has significant significance. Let’s look at what 2/2/22 means and what people think may happen today.

Did you know that there’s a significant relationship between math and astrology? It’s called numerology, which is the belief that numbers have mystical meaning.

In numerology, recurring numbers are known as “master numbers,” which have a tremendous amount of energy. Palindrome dates are regarded as “energy windows” during significant events in the cosmos. 222 is also seen as an “angel number,” signifying balance, optimism, good fortune, and joy among other things.

What People Think Will Happen?

Most people believe that due to the high numerical energy of 2/2/22, something wonderful may happen today. Some individuals feel that 2/2/22 is a day to achieve something they desire, and wish for it to occur.

Manifestation is quite popular on social media at the moment, and it’s the practice of sending your wishes into reality. Many individuals believe that if you manifest something at 2:22 p.m. today, it will become a reality in the future.

Some believe that the numerical energy will bring some less-than-positive things on February 2, 2022. Natural disasters, terrorist attacks, and even doomsday have been predicted by many. Will any of these calamities occur? Most likely not, but only time will tell if this is so.

It’s very simple to try manifestation right now. It’s all about making a certain objective, such as buying your ideal house or obtaining a certain career. The clearer the aim, the better, and manifestation works best when you’re clear on exactly what you want.

After that, you picture yourself with that aim and write it down on paper, then get to work toward it. Then you wait for something to happen in your life while the universe does its job.